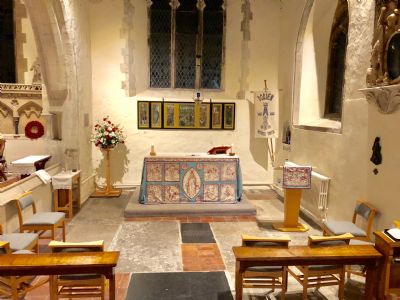 The Lady Chapel Frontal and Legilium Fall were worked in 1991 by Polly Hope.  They show traditional scenes from the life of Our Lady and were given and dedicated in memory of Fr. Brian McMurray who was Vicar of the parish from 1985 until his premature death in 1990.The centrepiece shows Our Lady with the infant Christ surrounded by four worshipping angels. 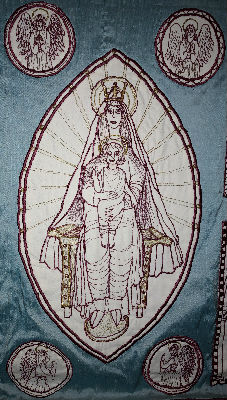 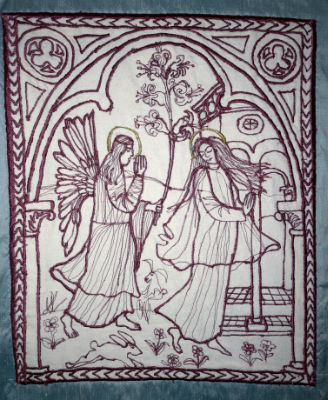 We recall with thanksgiving how the Archangel Gabriel announced to Our Lady that she was to become the mother of the Saviour of the world, and how she obediently accepted God's will. 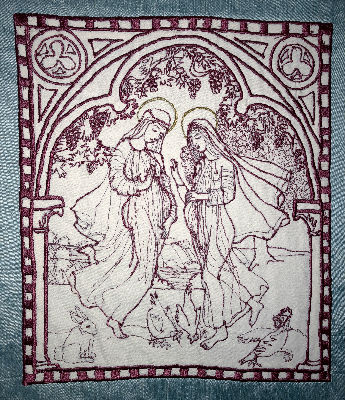 Despite the honour which had been bestowed upon her, Our Lady had no hesitation in undertaking the perilous journey to visit her cousin Elizabeth and to remain with her until the birth of her son, John the Baptist.
Panel 3
The Birth of Our Lord (Luke 2: 1 - 9) 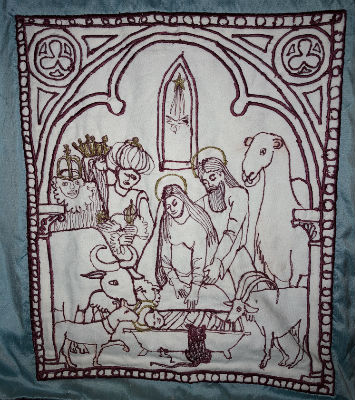 Having travelled to Bethlehem with Joseph so that they could be registered in the census, Jesus was born in a simple stable because there was no room at the inn. He was adored by shepherds and wise men.
Panel 4
The Flight into Egypt (Matthew 2:13 - 15) 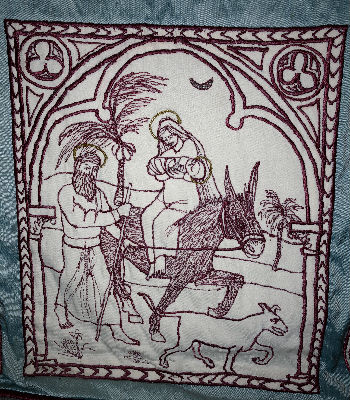 When King Herod heard of the birth of Jesus from the Wise Men he was determined to kill Him, but Joseph was warned by an angel to take the child and His Mother to Egypt until it was safe to return. 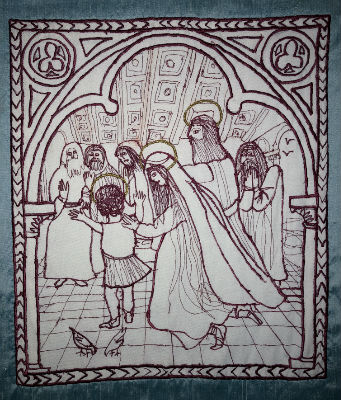 When he was just twelve years old Jesus remained in Jerusalem questioning the religious leaders while the rest of the family returned home.  We can only imagine Mary's joy when he was returned to her safe and well.
Panel 6
Jesus is taken down from the Cross (John 19: 32 - 34, 38)

After Jesus had died on the Cross, His shattered body was taken down and placed in His grieving Mother's arms.  How Simeon's prophesy must have rung in her ears as she received that precious burden! 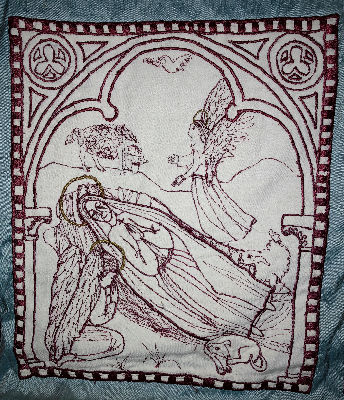 Among Eastern Christians especially it was considered unthinkable that someone who played such an important part in the salvation of the world should have died.  Hence the belief that she fell asleep only to awake in Heaven.
Panel 8
The Assumption of Our Lady (Psalm 45: 13 - 15, Luke 1: 52, Revelation 3:21) 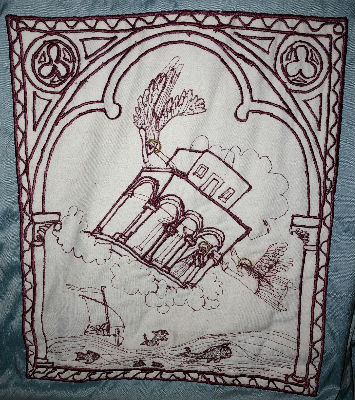 The doctrine of the Assumption teaches us that Our Lady's body was taken to heaven without decay.  The panel shows her being carried up to Heaven in the Little House at Ephesus which she shared with St John following the death of her Son. 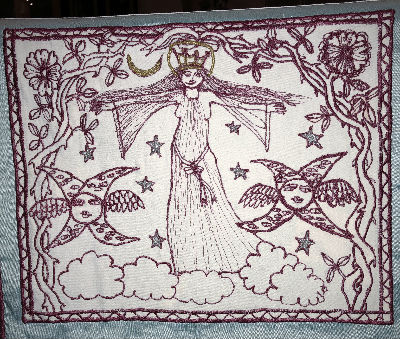 The woman described in Revelation, battling to save her child from the dragon, can be none other than Mary, and we read that she is crowned with twelve stars, representng the twelve tribes of Israel: to John the whole world.